read briefing document see the video
read full document read background documents
session reports working group reports
Available upon request – being peer-reviewed for journal publication
In partnership with interested provinces, territories and power utilities, Natural Resources Canada has convened a roadmap to engage stakeholders on the future of small modular reactors in Canada. Through a series of expert working groups, and workshops held across Canada, the roadmap has gathered feedback on the direction for the possible development and deployment of SMRs in Canada.

what is a small modular reactor?

Small Modular Reactors (SMRs) are nuclear fission reactors that are being designed to be built at a smaller size but in larger numbers than most of the world’s current nuclear fleet. Some small nuclear reactors have existed since the beginning of reactor technology fifty years ago. Examples include research reactors at universities (of which there are several in Canada), demonstration reactors (built prior to scaling up
a design for commercial electricity supply), and marine propulsion reactors (used in vessels of several navies for decades). SMRs are being designed to be: 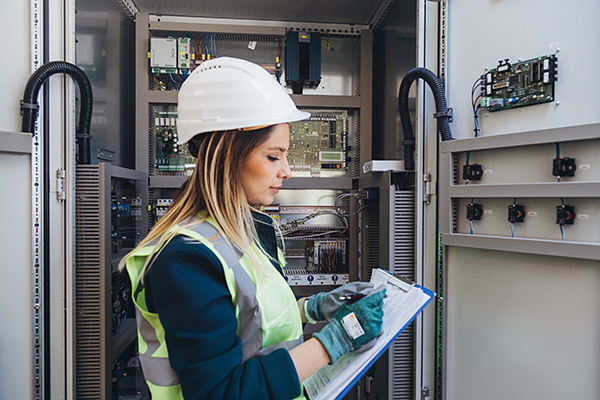 Canada has one of the world’s most promising domestic markets for SMRs. Conservative estimates place the potential value for SMRs in Canada at $5.3B between 2025 and 2040. Globally, the SMR market is much bigger, with a conservative estimated value of $150B between 2025 and 2040. This represents a large potential export market for Canada, which has already exported nuclear reactor technology to six other countries.

Canada has a window of opportunity to lead as it has all the necessary elements – a strong international brand, flexible and performance based regulator, world class nuclear laboratories and demonstration sites, a mature supply chain and domestic uranium mining industry, extensive nuclear operating experience, and strong science and technology in related areas (materials science, medicine, irradiation/sterilization, food safety).

IN CANADA, SMRs HAVE THREE MAJOR AREAS OF APPLICATION:

SMRs are a re-scaling and repurposing of nuclear technology for wider markets. They represent a paradigm shift for nuclear reactor technology – analogous to the shift of steam engines from mineshafts into ships and vehicles, or the movement of computers from mainframe to desktop and then to laptop.

Traditionally, nuclear energy has primarily been used to provide baseload power to large power grids, such as Ontario’s, where nuclear provides over 60% of the province’s electric power with very low emissions. SMR designs should be able to take nuclear to smaller power grids (Saskatchewan), off-grid (remote mines and northern communities), allow for greater load following (to replace fossil fuels) and support the integration of more intermittent renewables in the grid within hybrid systems. SMRs could also potentially lead to greater greenhouse gas reductions through the decarbonisation of the transportation industry, which could also be an enabler for improved infrastructure (such as high speed electric rail services). All of these capabilities could make a dramatic difference in Canada’s ability to meet its Paris Accord commitments to reduce greenhouse gas (GHG) emissions.

There are over 150 proposed designs for SMRs worldwide. This number reflects both the excitement around their potential, and also the wide spectrum of possible nuclear reactor technologies. Some of these are in current commercial use, some have been physically demonstrated in the past, some are being prototyped now, and some are still conceptual. Most of these designs incorporate innovative features, including passive safety (if the system is not actively managed, it shuts itself down safely), inherent safety (making harmful emissions physically impossible), design for easy manufacture, and many years of operation on a single load of fuel. Some designs even have the potential to reduce the amounts of radioactive waste from existing reactors by closing the fuel cycle, where spent fuel is processed and partly reused.

Some SMR designs could be deployed in the near term with most available within the next 7 to 15 years. For some of the more tested technologies, the timeline challenges are not so much with the reactor design as with economic, social, regulatory and waste management issues that need to be clarified, including: who owns and operates the reactor, how is it licensed, how are risks shared, who owns the waste and how is it managed, and community engagement.

On the other hand, for some of the more innovative reactor technologies, many technical questions remain to be resolved, which may require additional years of investment in computer modelling, prototype or demonstration reactors, and operating experience. 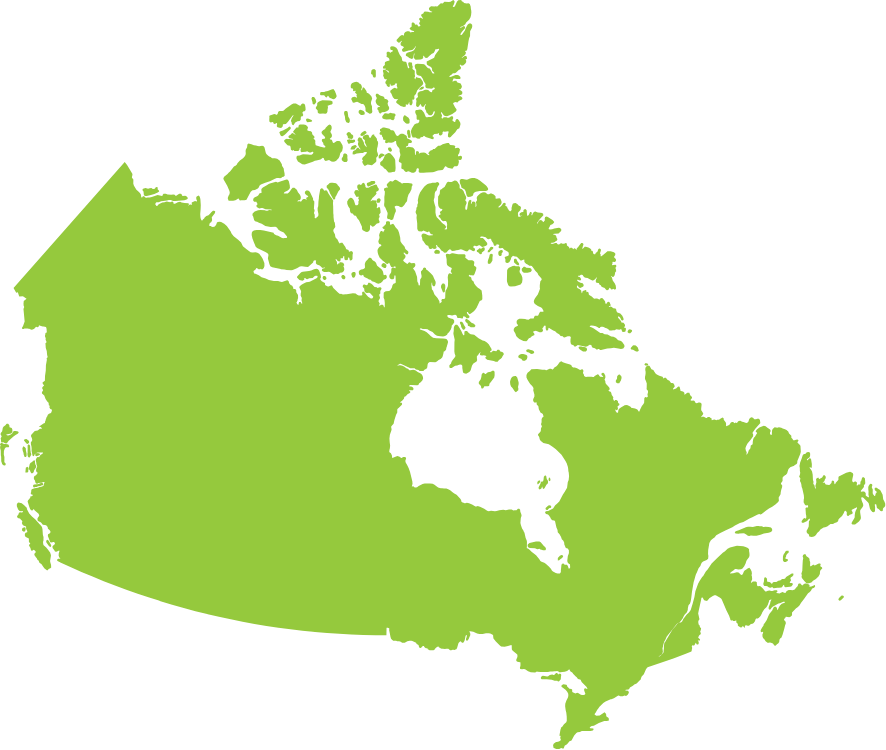 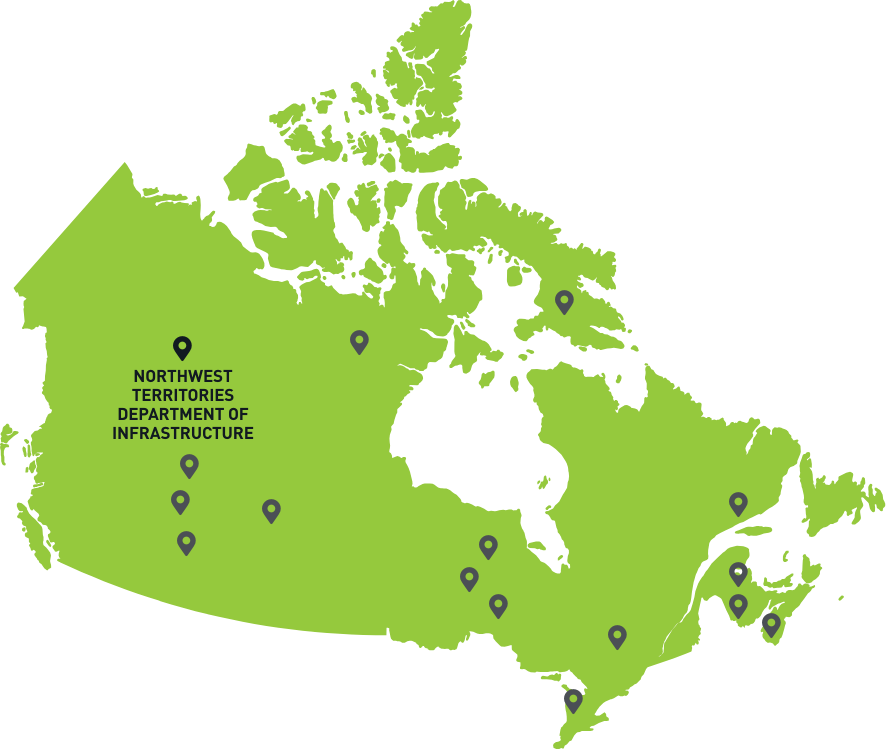 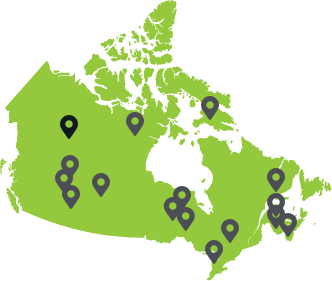 Through the six-month Generation Energy dialogue in 2017, Natural Resources Canada (NRCan) heard that Canadian partners would need to work together to realize the potential for SMRs. In response, NRCan convened the SMR Roadmap Project with interested provinces, territories and power utilities. The Project is a ten-month program of engagement with the nuclear industry, as well as potential end-users such as Northern and Indigenous communities and heavy industry stakeholders, to explore the potential scope for a national path forward for SMRs.

key findings from the roadmap

KEY FINDINGS FROM THE ROADMAP

Successful SMR deployment will likely require a ‘fleet’ based approach to operations in order to benefit from standardization and economies of series (i.e. capital costs decrease as more units are produced).

Appropriate risk sharing among governments, power utilities and industry will be necessary for SMR demonstration and deployment in Canada.

Public and Indigenous groups, as well as other potential end-users, have concerns about safety, waste management, and overall cost of SMRs. Ongoing engagement and knowledge-sharing will be important as more information on SMRs becomes available.

Canada’s regulatory framework and waste management regime are well-positioned to respond to the SMR paradigm shift, but some modernization will be necessary to reflect the reality of the smaller size of an SMR.

smr roadmap recommendations and next steps

Governments, utilities, industry, and the national laboratory support demonstration of SMR technologies, preferably more than one, at appropriate sites in Canada.

A risk sharing mechanism between governments, utilities, and industry to support early deployment in Canada by off-setting first of a kind risk through appropriate financial and funding mechanisms.

Governments work with partners to modernize legislative and regulatory requirements to ensure an economically viable and timely pathway for SMRs, while maintaining high safety and security requirements.

Governments, utilities and industry support capacity building initiatives to develop a robust knowledge base related to SMRs in Canada, and commit to open and proactive engagement with public and Indigenous groups on SMRs.

What are the goals of the Roadmap?

The Roadmap aimed to foster innovation and establish a long-term vision for the nuclear industry, as well to assess the characteristics of different SMR technologies and their alignment with Canadians’ requirements and priorities.

The goal of the Roadmap was to hold a national conversation about the needs and priorities of Canadians that will lead to understanding the value of SMRs, identify some key issues around their use, their potential risks and challenges, and identify some policies that could influence the feasibility of SMRs in Canada – and then to chart a path forward.

What is the process and timeline for the Roadmap?

The Roadmap was built with a collaborative, national approach, both with respect to its leadership and engagement – all interested provinces, territories, and power utilities from across Canada were invited to join the Steering Committee.

The report A Call to Action – A Canadian Roadmap for Small Modular Reactors will be launched at Canada’s 1st International Conference on Generation IV and Small Reactors on November 7, 2018, in Ottawa, Ontario.

The Roadmap is an ongoing project with many recommendations to key enablers.

Why weren’t all of the provinces and territories included in the Pan-Canadian SMR Roadmap?

How much did the Roadmap cost the Government of Canada?

The SMR Roadmap Steering Committee members shared the remainder of the cost of the project.

Were Indigenous groups engaged during the Pan-Canadian SMR Roadmap?

Indigenous engagement that began under the SMR Roadmap was the beginning of a dialogue with Indigenous groups and communities.  Members of the SMR Roadmap Steering Committee will build on this initial engagement to meet with interested groups and communities, including First Nations and Metis groups in Ontario, to encourage a meaningful, two-way dialogue on the potential for SMRs in Canada’s clean energy mix.

What are the next steps?

The Pan-Canadian SMR Roadmap is a call to action with recommendations across four pillars:

Demonstration and deployment – Governments should provide funding to cost-share demonstration projects with industry.  Federal and provincial governments should implement measures to share risk with private investors to incentivize first-commercial deployment of SMRs in Canada, with the potential of exporting SMR technologies and related innovations developed in Canada to international markets.

Indigenous engagement – Building on the constructive dialogues that were launched under the Roadmap, it is recommended that enablers continue with meaningful, two-way engagement with Indigenous peoples and communities on the subject of SMRs, well in advance of specific project proposals.

International partnerships and markets – The federal government, with support from industry, laboratories, and academia, should continue strong and effective international engagement on SMRs, in particular to influence the development of international enabling frameworks.